The Tomb of Khai Dinh is where the twelfth king of Nguyen Dynasty in Vietnam rest for eternity. Although not the largest, Khai Dinh Tomb is a must-see destination attracting numerous visitors in their travel to Hue. As a result, we will show you about this mysterious location.

Things to Do and See in Khai Dinh Tomb

Completed in 1931, this tomb is often considered to not follow the traditional style of Nguyen Dynasty. The architecture of Khai Dinh Tomb was influenced greatly by other styles, so Vietnamese in later times usually think it as “strange, unique, rebellious and seemingly out of place”. However, for tourists, it is a great exploration that few places in the world could match.

It is no exaggeration to say that the tomb is a fusion between Hinduism, Buddhism, Roman, Gothique style. You can see large obelisks, towers which were based on Indian architecture style. Stupa, a hemispherical structure originated from Buddhism, was constructed. The Roman architecture is reflected in the Stele Pavilion in the middle of the courtyard. 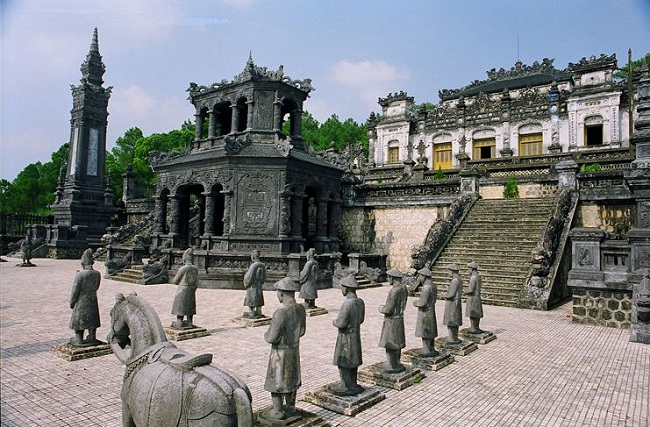 Fantastic Statue and Buildings in the Yard

When you first arrive, you will have to climb 37 steps with big dragon statues and 29 steps until you reach the courtyard. Besides the Stele Pavilion, the highlight of this area is the statue of bodyguards, mandarins, horses and even war elephants. These sculptures are some of the most magnificent products of Vietnamese craftsmen at the time. 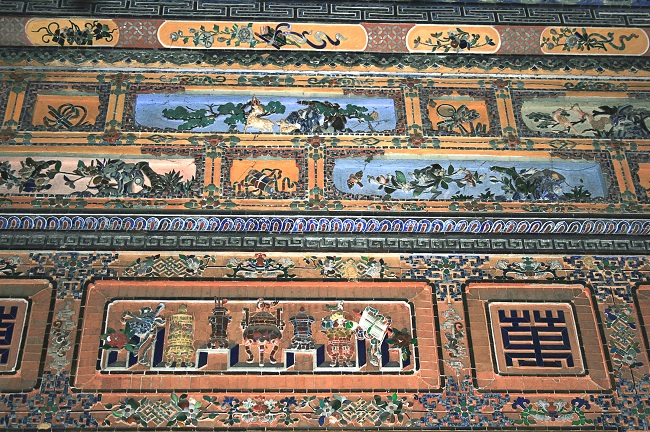 Special Paintings in the Tomb

At the top, you will venture to the final, most important part of Khai Dinh Tomb which is Khai Thanh Palace. After continue 15 stairs, at first glance, tourists will immediately notice a combination of different types of architecture.  Some may find it strange and unappealing, but most of the visitors find it extremely creative. Once inside, there are a lot of things to contemplate. First of all, you would want to explore the altar of Emperor Khai Dinh which has decorations made from ceramic and glass. Outstanding paintings on the back and dragons paintings on the ceiling create a sacred atmosphere to the altar. Finally, you can see a picture of Emperor Khai Dinh on the top of the altar.

» You May Like: Hue Cycling Tour to Thuy Bieu Village «

The Altar with a Photo of King Khai Dinh

Two other remarkable things you must see is a statue of the king standing and one illustrated Khai Dinh sitting on the throne. The first one was a present of Khai Dinh to his only son, Vinh Thuy (or known as Emperor Bao Dai). Now, it is being an exhibit in Khai Thanh Palace and visitors will be able to contemplate Khai Dinh when he was young. Buu Tan statue was created by Dancing and Barbedienne by the demand of the emperor. It is more well-known because of its spectacular decorations and designs. Underneath the statue is actually the grave of the king and an ancestral tablet is situated behind. Especially, there is a sun symbol between the altar and the statue representing the death of Khai Dinh. 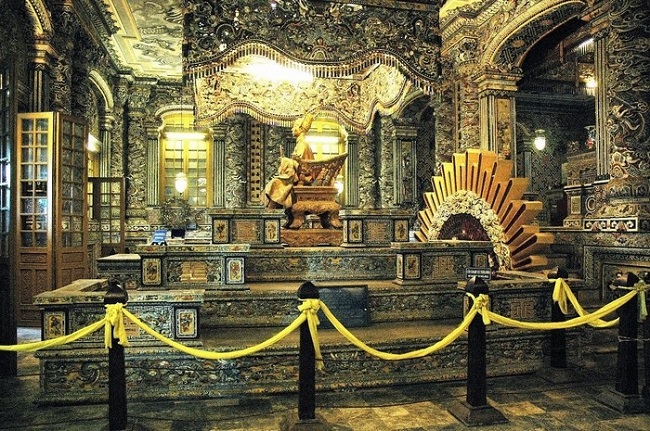 Beautiful Resting Place for the King

The emperor was not loved by the people at that time because he created a close relationship with the French during their colonial time. He was also not a great leader and often seen playing around and gambling. The creation of his tomb was also a controversy in the past and even now. He raised the tax by 30% and took 11 years to complete such building which caused distress among his citizens. Today, some architects criticize this tomb, while others agree that it is a creative and fresh structure. 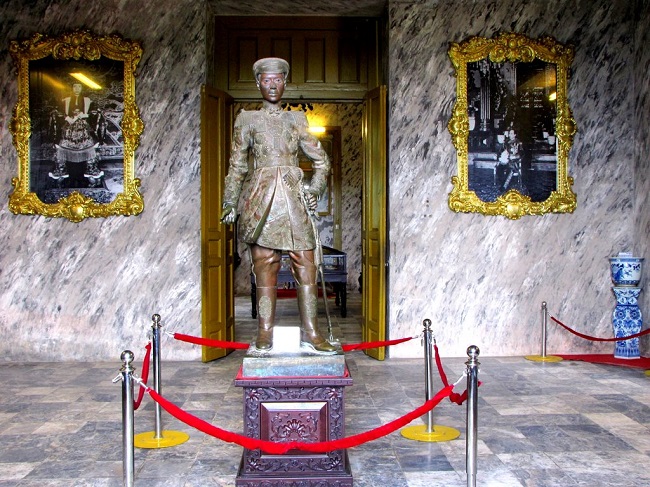 Even though the tomb cost a lot of money and effort of the people, it is still smaller than previously kings’. The reason why it needed 11 years to be built is that Khai Dinh spends time sending men to other countries to collect precious materials for the tomb in both Asia and Europe. As a result, though he planned to complete the tomb before his death, he passed away 5 years after the construction.

Excursion Vietnam suggests that you should come to Khai Dinh Tomb at least once. This place will definitely reveal some parts of Vietnam history you might be willing to know. To gain more useful tips and experiences for your trip, you can check out our Hue Travel Guide. 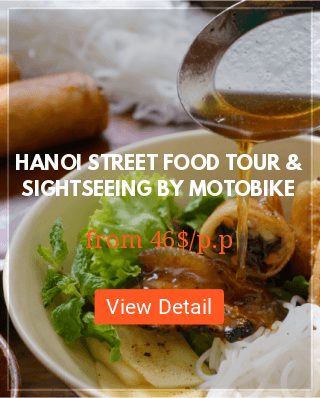